Match corresponding to the UEFA Europa League and played at the Amsterdam Arena.

It may have been European football but it wasn’t on a Tuesday or Wednesday night and it was daytime when it kicked off, but ‘Thursday Nights on Channel 5’ got off to a pretty good start. Considering the pedigree, and certainly a match for the purist, United had never met Ajax in an official competitive European tie. 7 European Cups graced both clubs but it was the secondary Continental competition that took centre stage tonight in Holland. United welcombed back Jones, Young, Nani and Cleverley from injury but nonetheless fielded a strong team. Sir Alex Ferguson said as much before the match, wanting to add the UEFA Cup to the Old Trafford cabinet, thus making United only the fourth team to have all three Euorpean trophies, one is including the now defunct Cup Winners Cup. The first half was a dour affair that was not a match to the electric atmosphere being created by the Dutch supporters. United were lacklustre and Ajax had a brilliant (once again) De Gea save keeping them at bay. Ferguson must have given United a rocket at half time as they dominated the second half from the kick off. A spree of corners brought some close chances but it was Ashley Young, cutting in from the left wing that drove in the goal between the Ajax’s keepers lags. Ajax are truly a shadow of their former selves and were constatntly being pegged in to their area by United. Scholes came on for a tiring Cleverley, his first match since October, and United kept ball easily. Javier ‘Chicharito’ Hernandez scored United’s second away goal after good work by Valencia who won the ball in midfield and got injured, thus the sub became a sub, and then Rooney tapped in a neat little pass to Chicharito to poke in past the keeper. Ajax then had a couple of decent chances but nothing to worry United who took the pedal off the gas somewhat. Two away goals to take back to Old Trafford and job pretty much done. 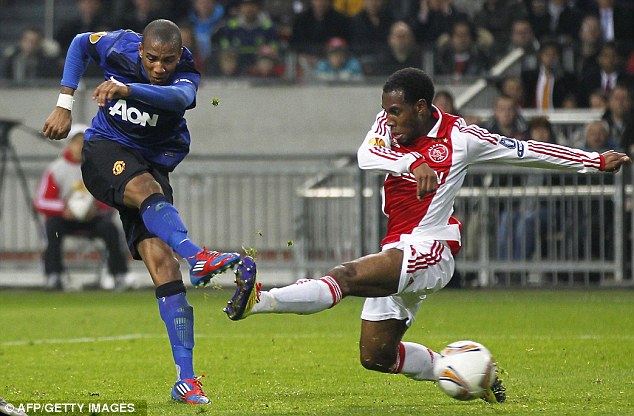 Paul Scholes on for Tom Cleverley

Antonio Valencia on for Ashley Young

Danny Welbeck on for Antonio Valencia 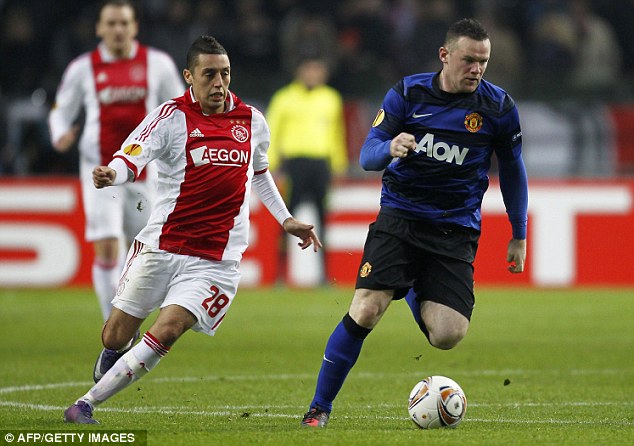