Vilja’s incessant groans and retching accompanied the party all the way to the walls of Whiterun. THe night’s indulgences had caught up with the Nord to the mirth of her companions. Zora in particular teased her no end, calling her a milk drinker and at one point offering to remove Vilja’s headache with her sword!!! It was with great aplomb that the lady from Solstheim claimed to all and sundry that she was done with all manner of mead and ale!!!

The midday sun warmed a crisp day out in the Tundra. The party deployed itself with Deanthala taking the point, Lydia and Zora on the flanks while the hungover VIlja brought up the rear. They waded through the knee high tundra grass, its brown hues hiding the party from unfriendly eyes. The roar of mammoths could be heard from the nearby camps while the distant thuds of gigantic footsteps could be felt on the floor.

Amid the bushes they came upon a grisly scene. A bray horse lay gutted, well they actually smelt it before they saw it. Alongside the horse the body of a man lay eviscerated from one end of its abdomen to the other. The edges of the festering wound were a very unhealthy shade of green, a sure sign of a poisoned blade according to the nonplussed Zora. A bloody trail led off to the West and several meters into the bush another body was found. This time a Breton female. She wore a hooded mask and clad in light yet very supple leather armour. A search of the corpse produced a bandolier full of murky liquids, different shades of cloudy greens and reds, Zora once again confirmed their venomous nature (how did she have such an intimate knowledge of the assassin’s art?). Clearly the man was the intended victim but judging by the assassin’s neck he was no pushover as the dead Breton sported a deep cut that was caked with dried blood. Deana claimed the poisonous vials, as a budding alchemist she intended to study their composition.

View of the poison vials, courtesy of the Bandolier – Bags and Pouches Mod. 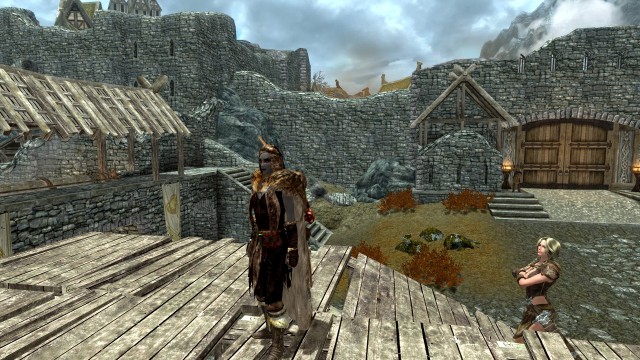 They carried on pressing West, their state of alert heightened by the grisly discovery. Their destination, the Shrine to Zenithar was indeed overrun by Mudcrabs of a rather large disposition and a half eaten pilgrim in the Shrine’s immediate area clear evidence of the crustacean’s claim to the shrine.

The party wasted no time in charging in with blade and spell, a somewhat hasty move as Deana herself was to evidence as she received a very painful snip from an overly large pincer that easily sliced through her fur armour. An instant later she felt her skin tingle as a blue light shimmered around her slight frame. The smell of ozone precluded a spell of protection had been cast on her, no doubt Zora’s handiwork. A timely action as a second pincer sliced at her only to appear to bounce off her ethereal armour. A concentrated assault eventually saw all the mudcrabs seen too and they feasted on a hearty meal of roasted crab meat, after paying their respects to Zenithar of course. 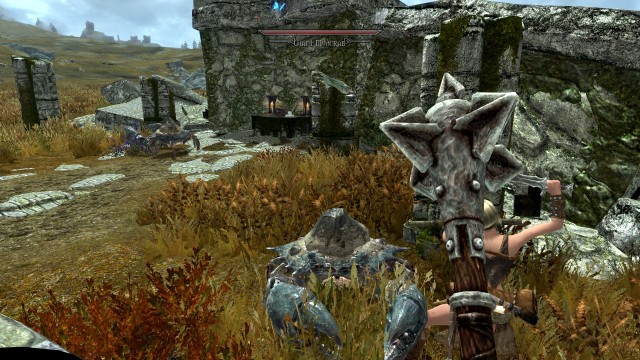